What makes a cat a cat?
— On Jennie Bringaker’s cat figurations

What makes a cat a cat?

Is it the way a cat walks, jumps and curls?
—Elegance, agility, flexibility

How a cat meows, hisses and purrs
—Urgency, intimidation, comfort?

How a cat feels to the human hand?
—The warm softness of fur, the sandpaperness of tongue

How a cat smells to the human nose?
—Sweet, musky hair, pungent urine

Or is the cat’s essence found in character traits?
—Independence, elegance, coolness

Yet a clumsy cat is a cat.
The internet loves fat cats.
And a hairless devon rex is as cat as any other cat.

Depicting cats in a threshold between realism and imagination, observation and projection, accuracy and fantasy, artist Jennie Bringaker makes cats that are as anthropomorphic as they are real. Her cats are persons, animals and mothers; they are sculptures and performances. They are all these things at once because they are gestures of figuration. Figurations are important tools to deal with the present. Figurations allow people to come to terms with reality, to imagine transformation and envisage a future aligned with what they desire. Figurations are crucial in a moment such as ours, in which it may be difficult to find a solid ground upon which to materialise desires and conjure new ideas.

Figurations, which I’d define as image-concepts, have received important meanings in recent years. Ecofeminist theorist Astrida Neimanis, describes figurations as projected entities, “embodied concepts grounded in our materiality for imagining and living otherwise”.(1) Writing about figures and not figurations, renown historian of science Donna Haraway calls them “material semiotic knots”: “Figures collect the people through their invitation to inhabit the corporeal story told in their lineaments. Figures are not representations or didactic illustrations but rather material semiotic nodes, or knots, in which diverse bodies and meanings co-shape one another […] figures have always been where the biological and literary or artistic come together with all the force of lived reality.”(2) Philosopher Rosi Braidotti adds an important cartographic element to the meaning of figurations, when she sustains that they are “living maps that acknowledge concretely situated historical positions and they rise in response to a particular contemporary question or problem”.(3)

Figurations, therefore, allow people to make sense of the world and trust that transformation and emancipation are possible. Jennie Bringaker’s outstanding cat sculptures are figurations, as they act as potential instruments for change, as modes of allowing people to visualize and experience the intrinsic correlation between animals and humans, between maternity and sexuality and, in material terms, between crafts and industry (through her use of car paint on hand-made ceramics) and between the sculptural, the gestural, the theatrical and the performative.

The forms of understanding that are induced by the animalistic, animistic and feministic stance of her cat figurations have the potential to initiate concrete and effective changes in the perception of life and relationships. Through the sexy, uncanny, cute and provocative pose of a female cat, we recognise our similitude with all beings and modes of being.

Life is what makes a cat a cat. And in that sense, each of us is as much cat as any cat is a cat. In their wittiness, sensuality and beauty, this togetherness is celebrated by Jennie Bringaker’s sculptures. 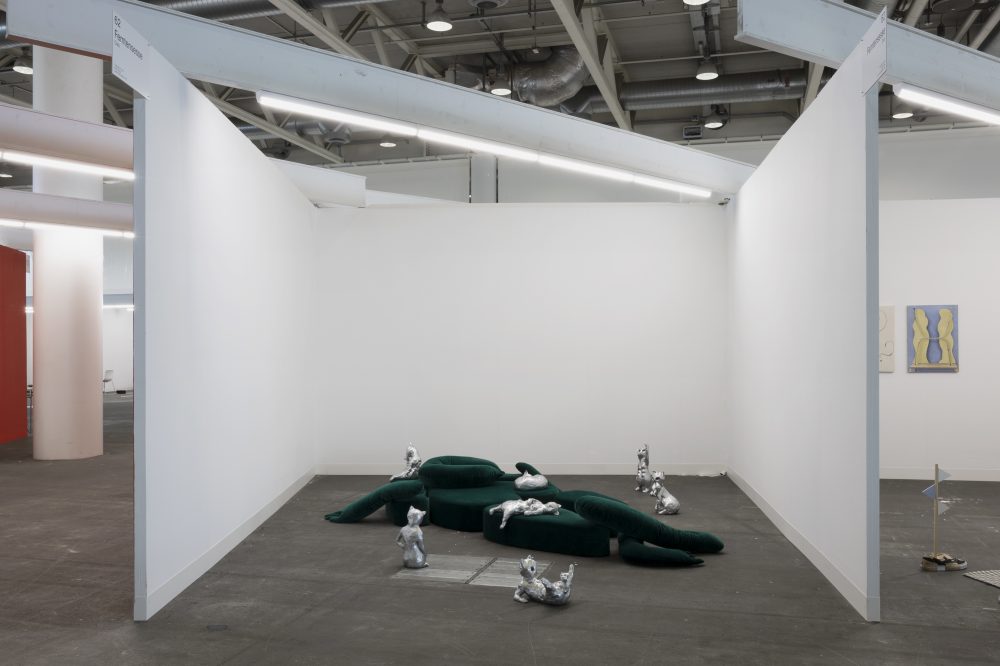 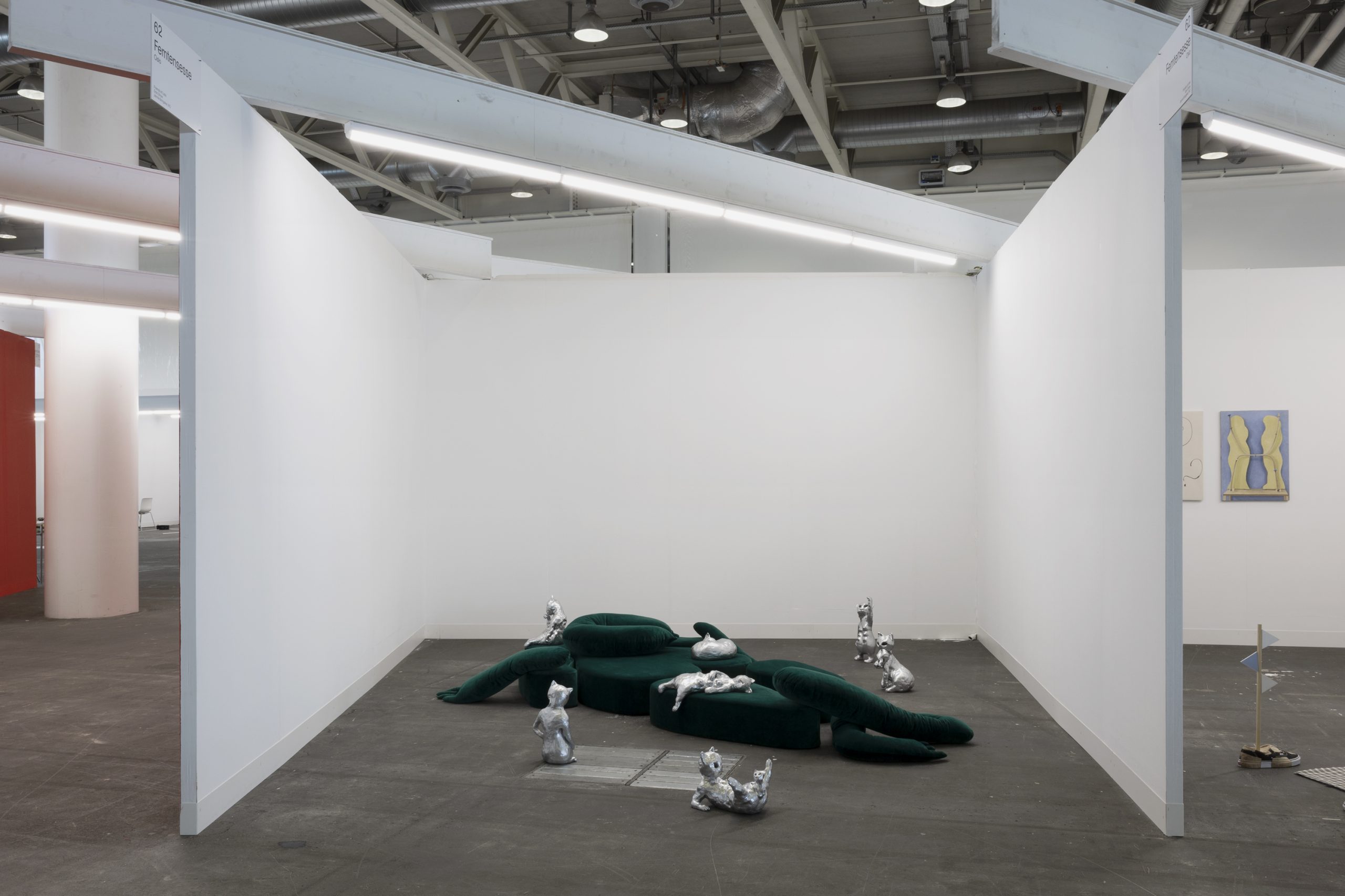 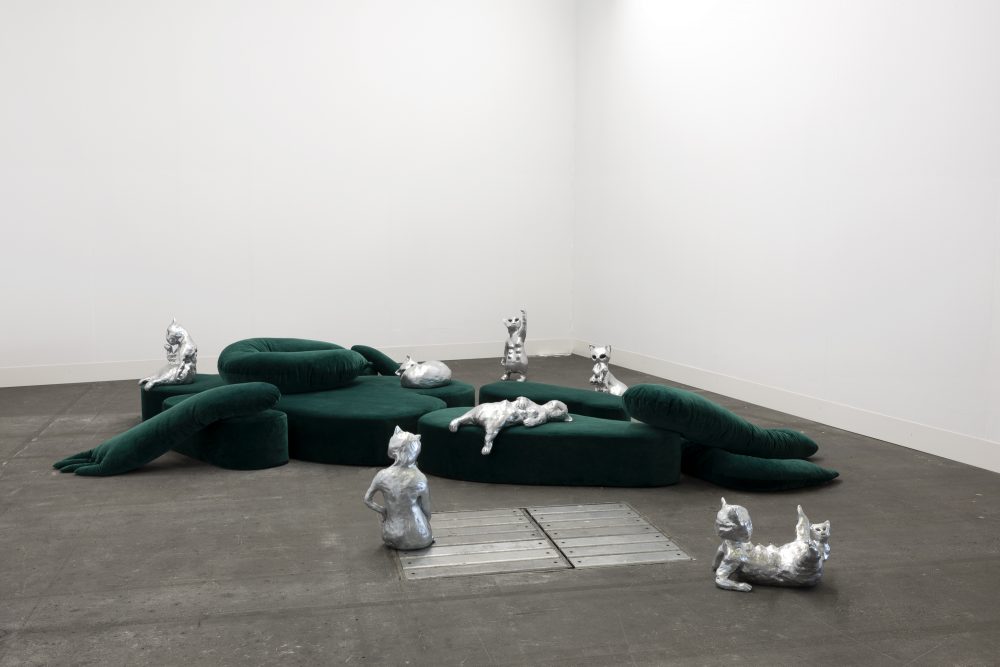 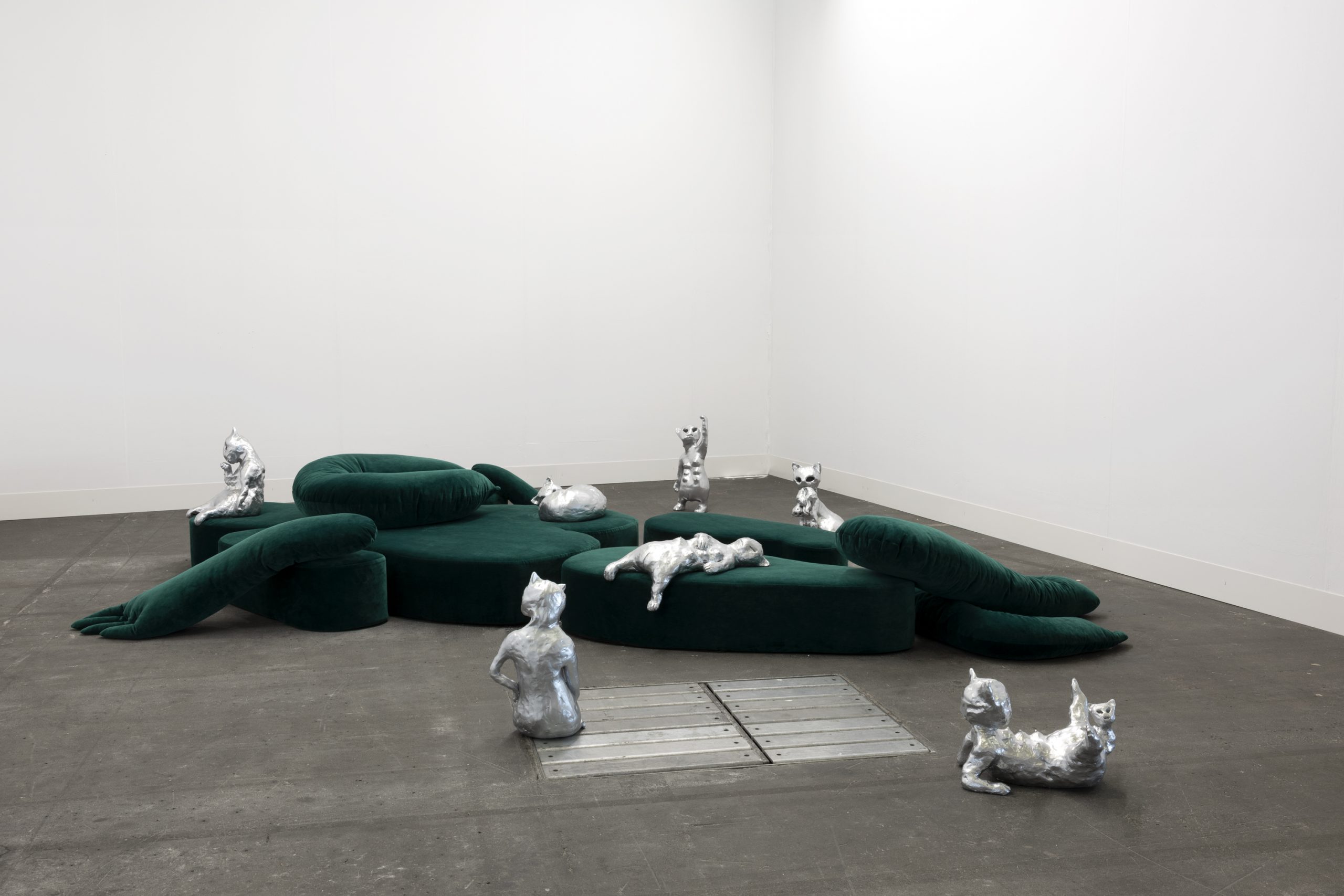 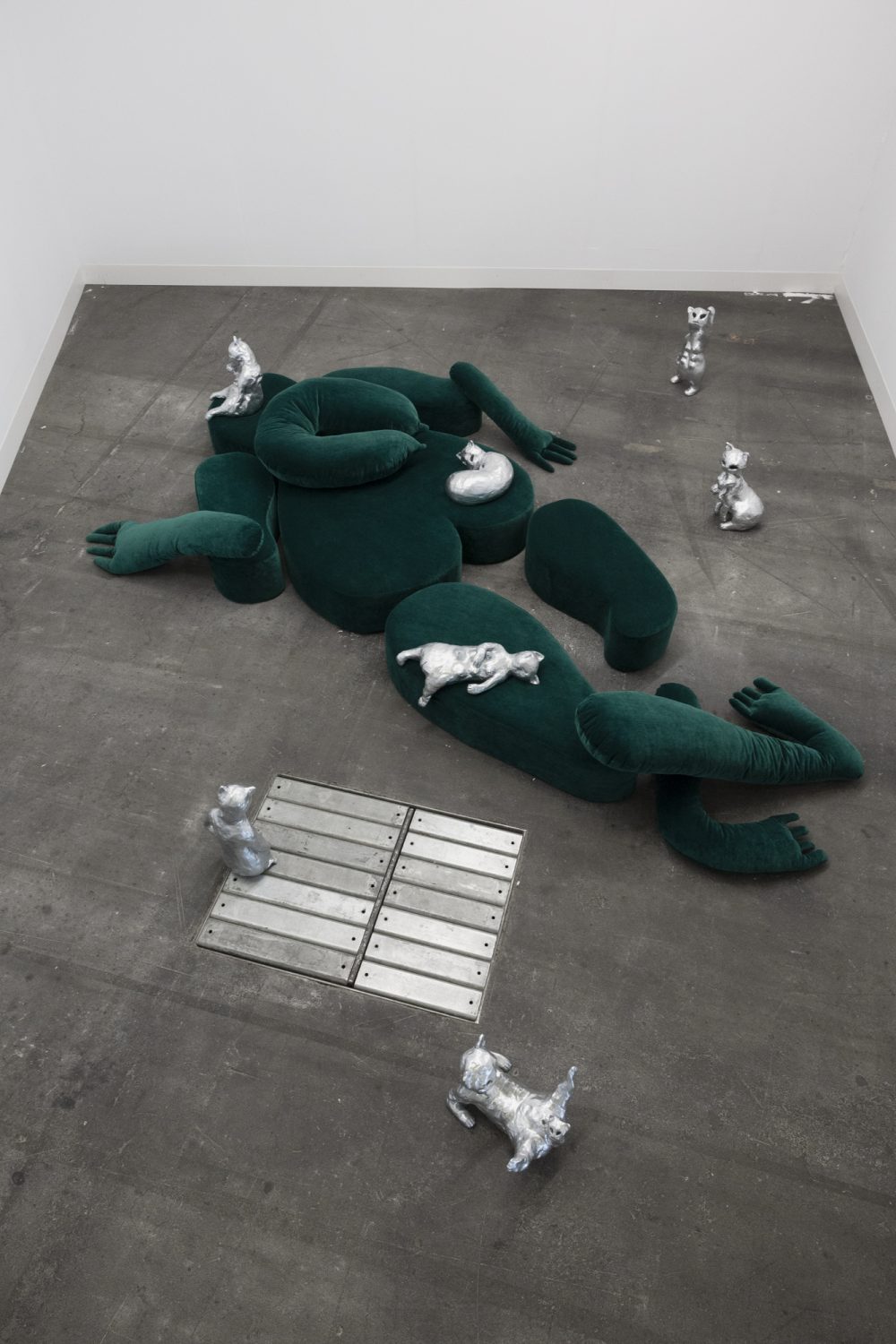 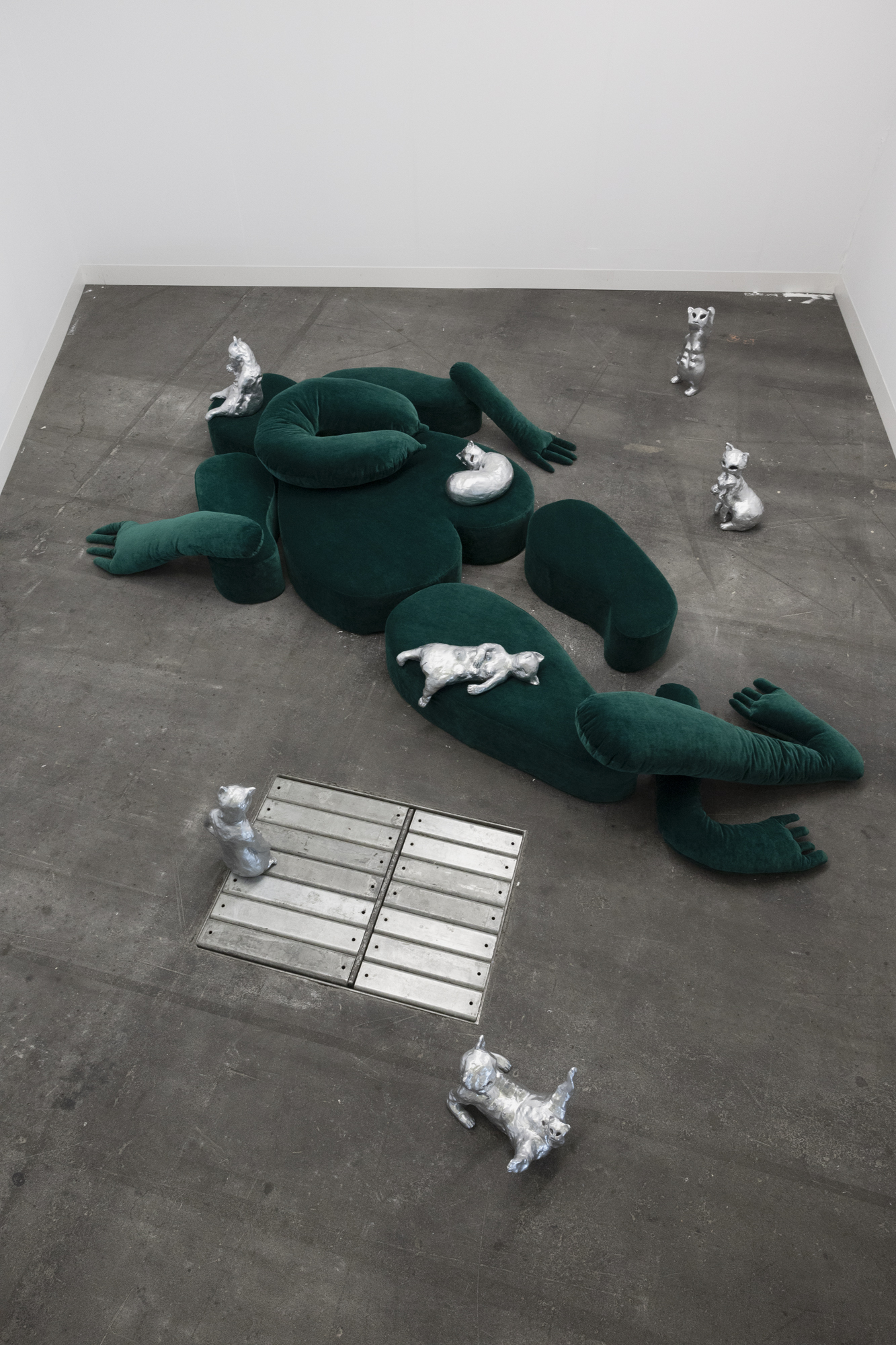 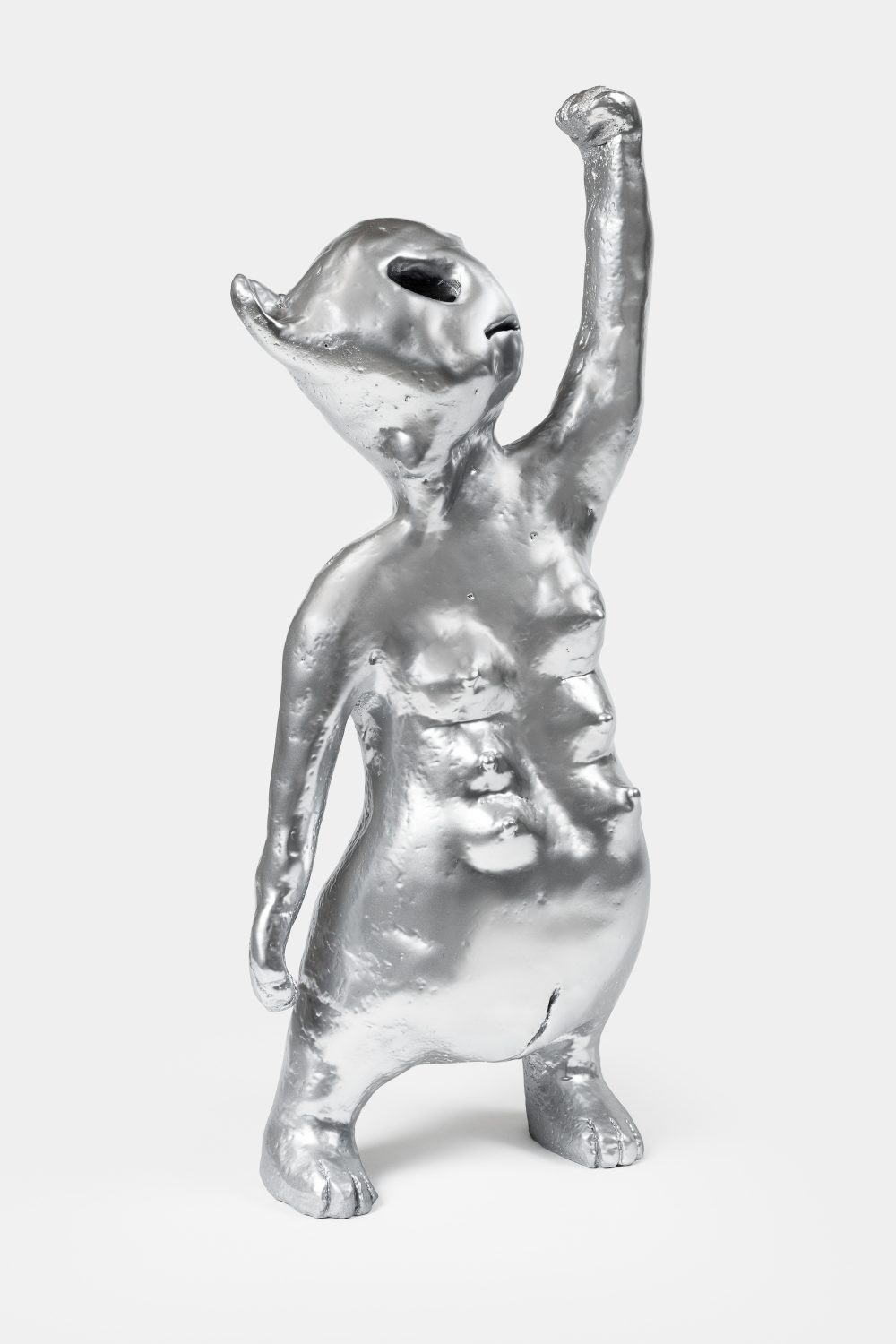 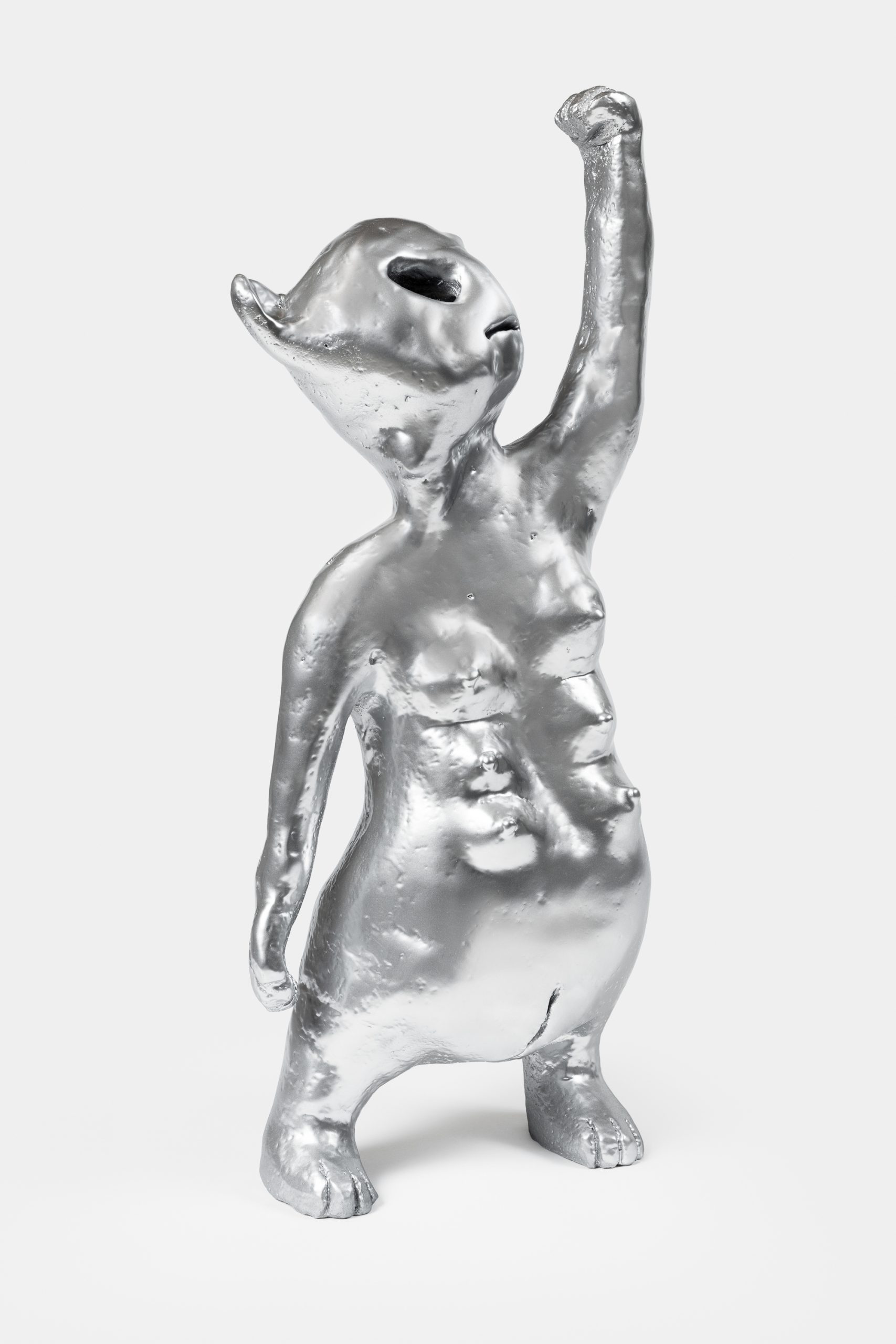 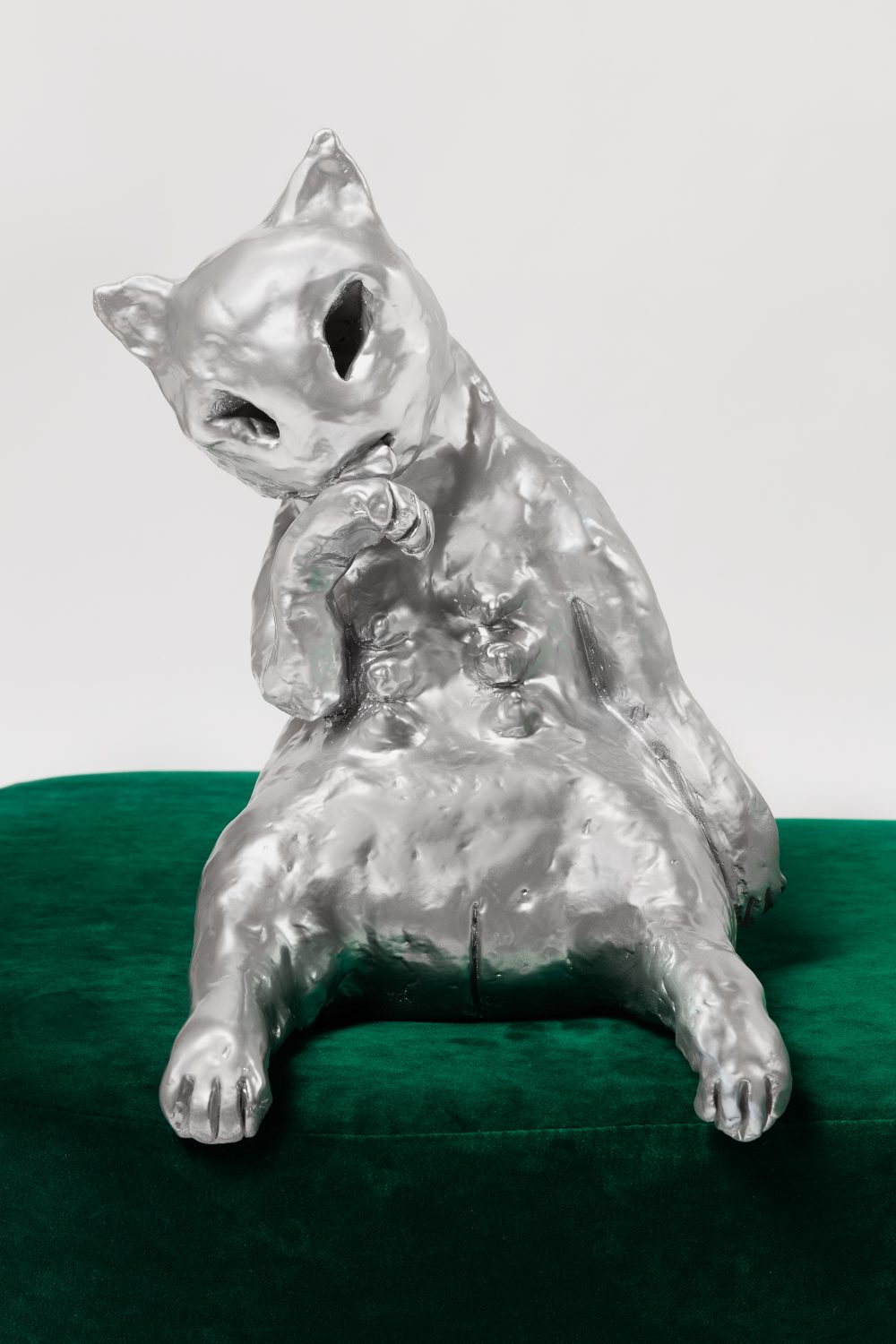 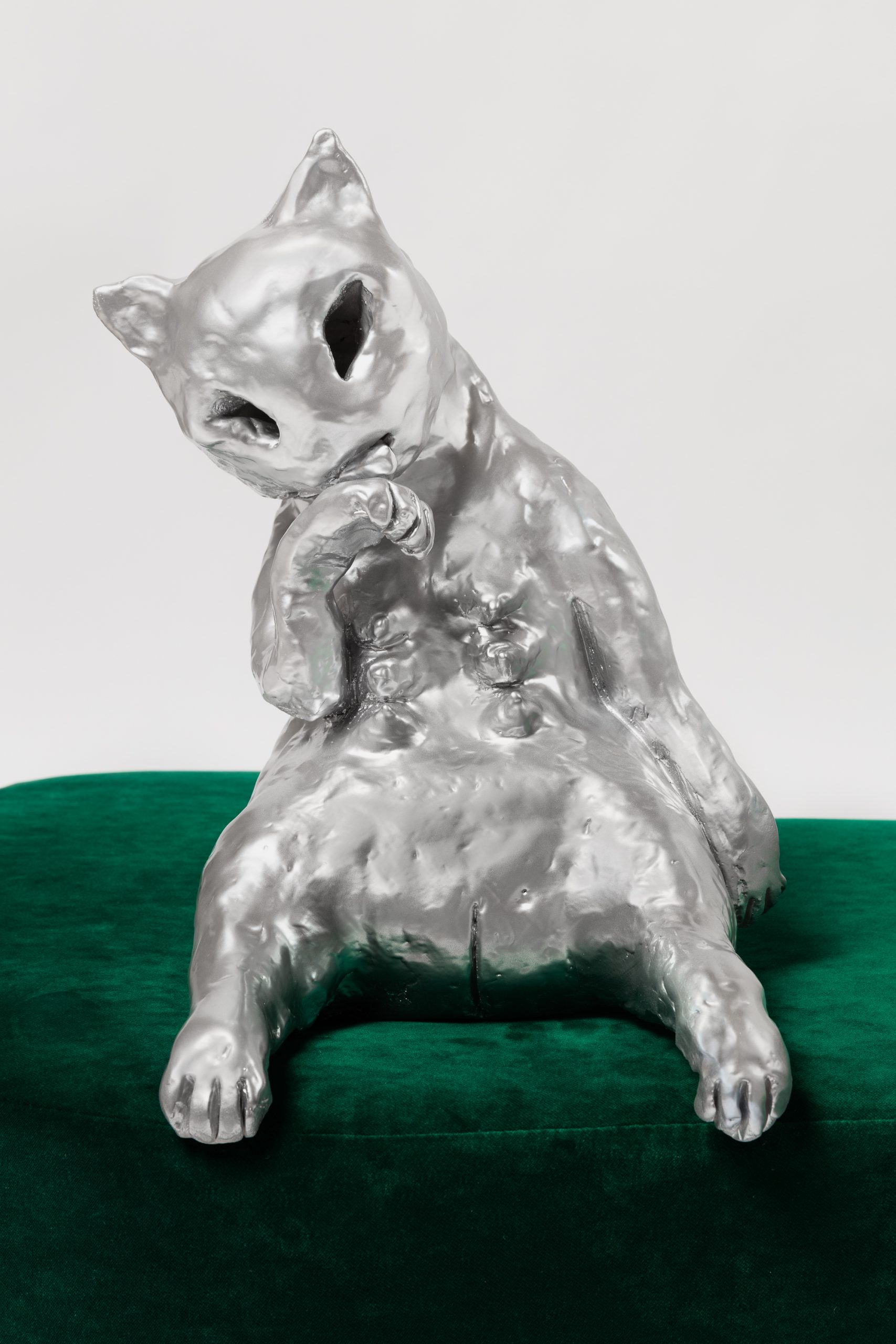 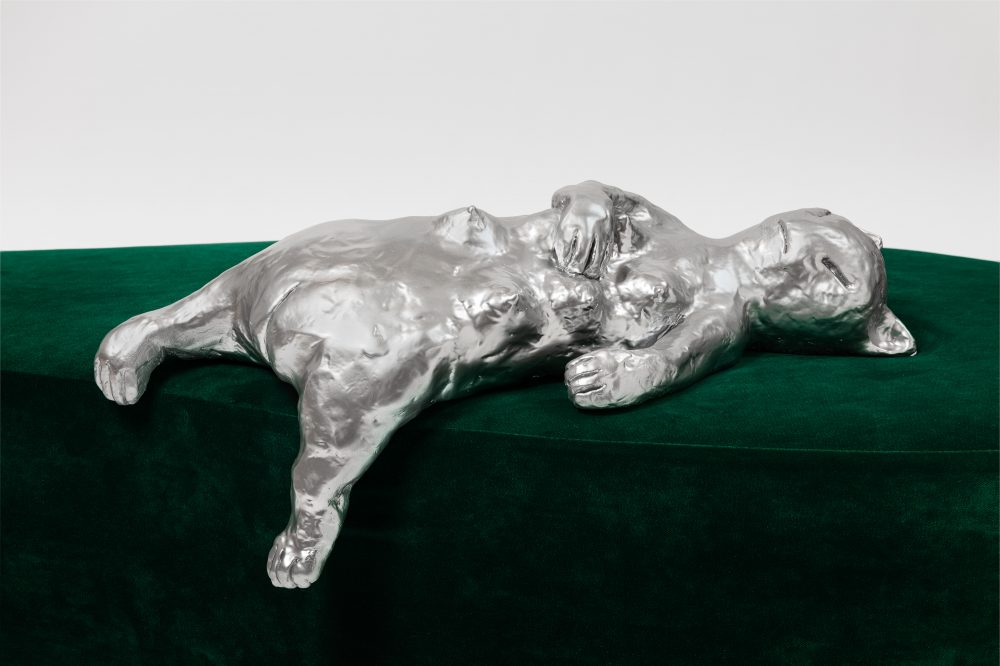 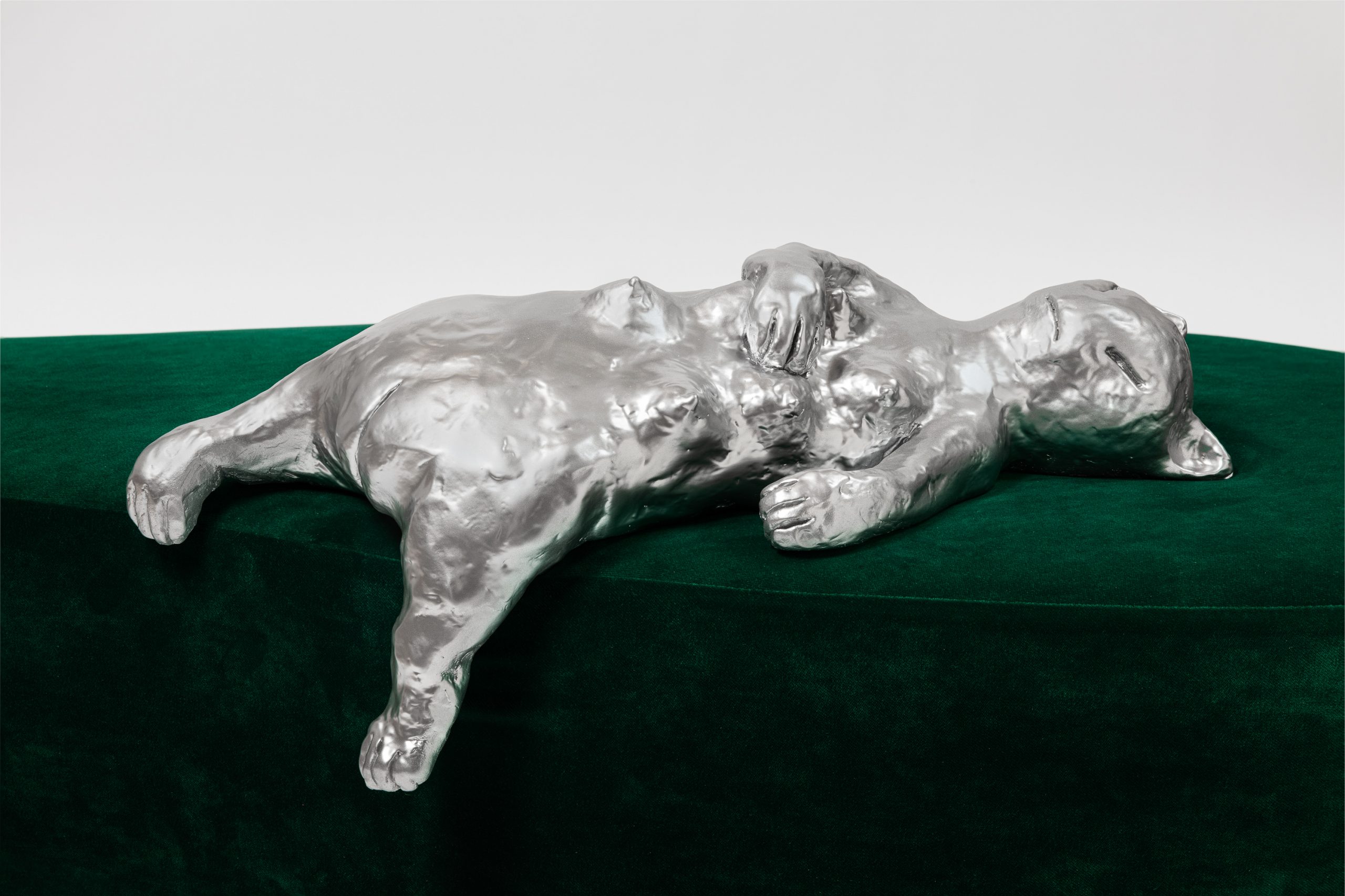 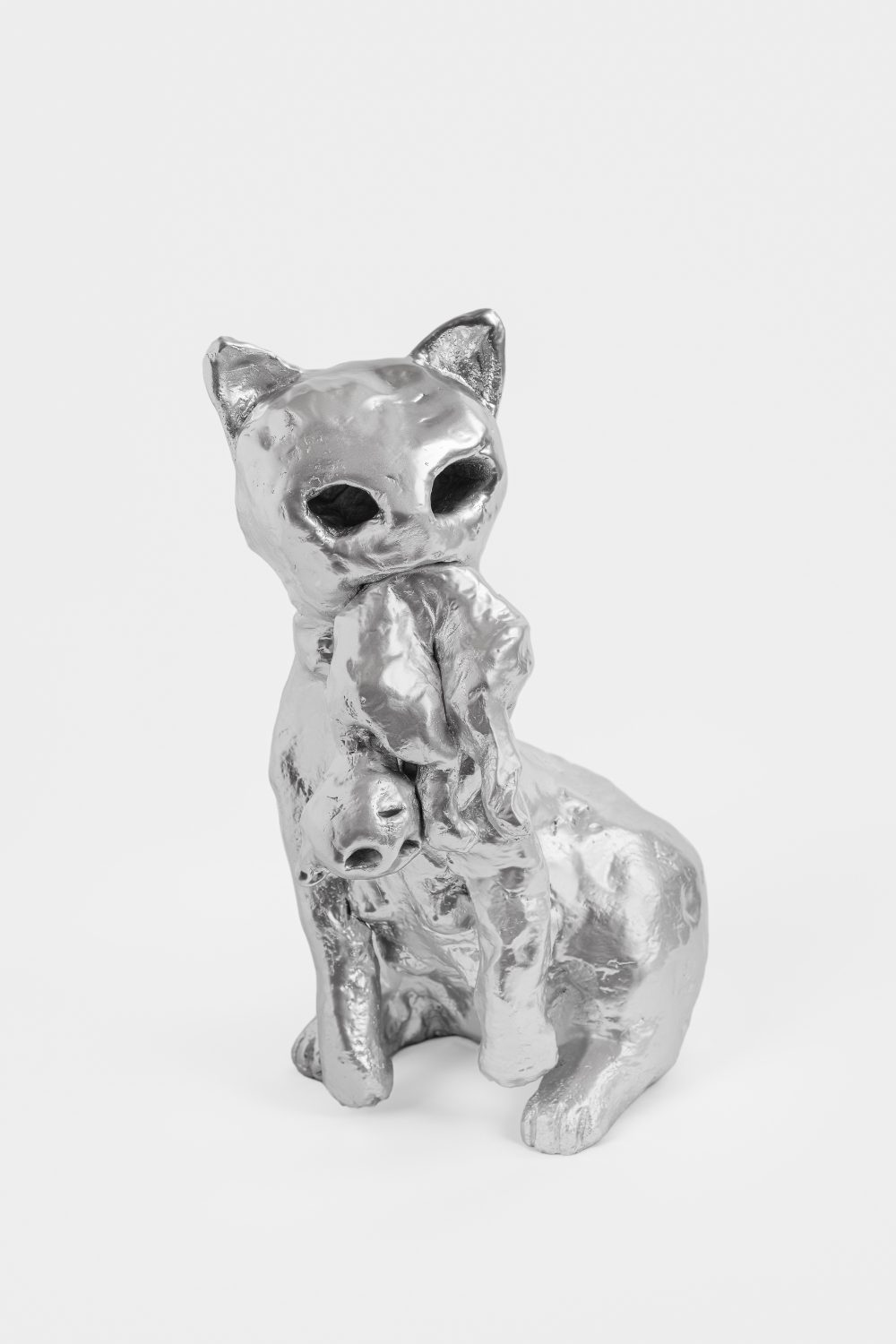 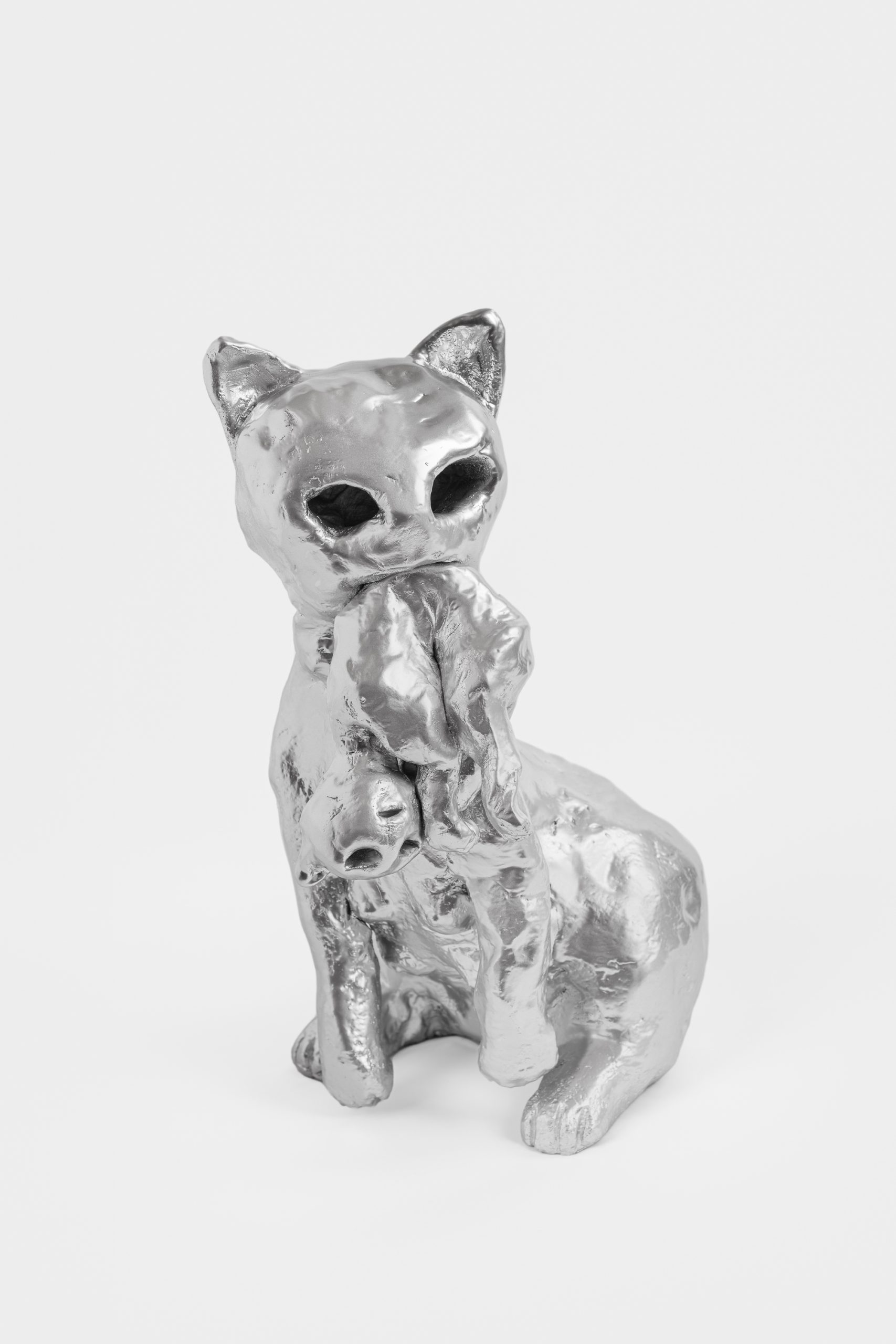 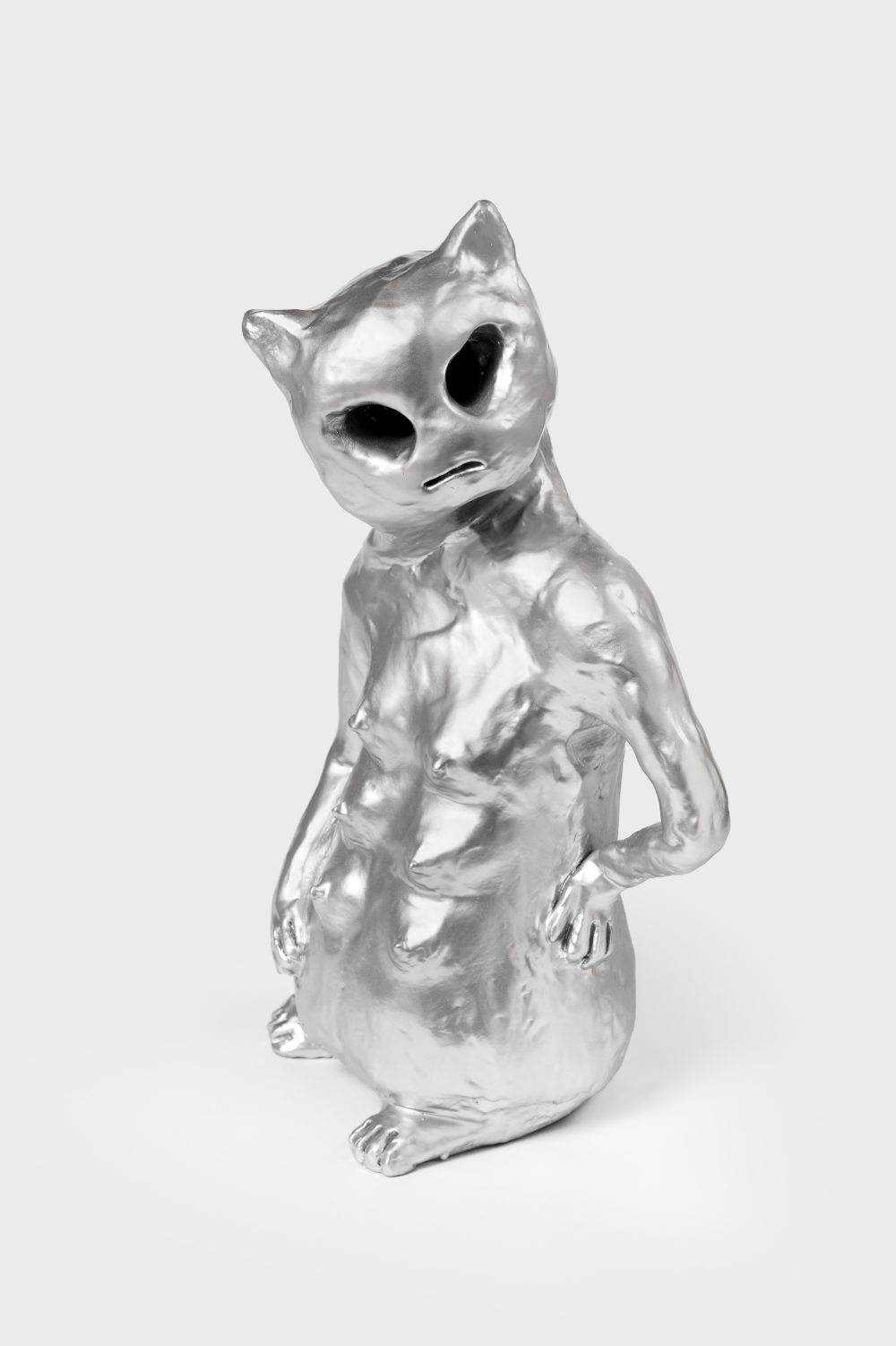 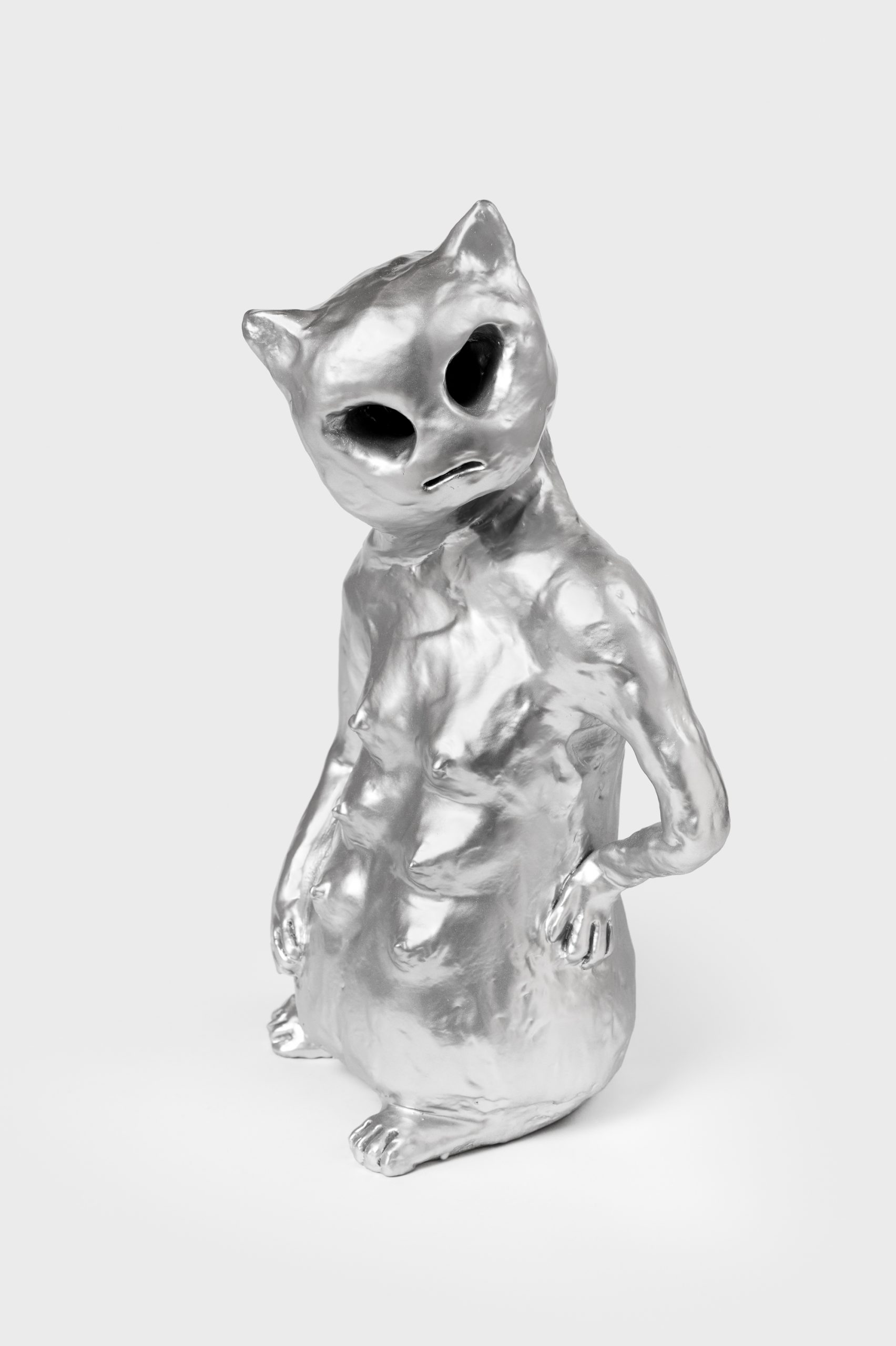 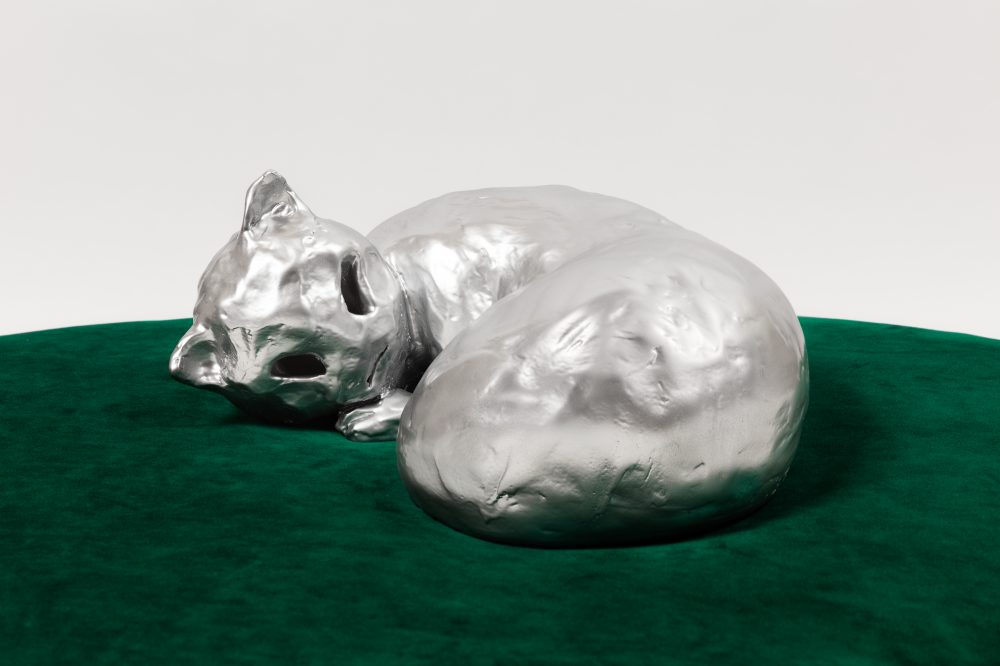 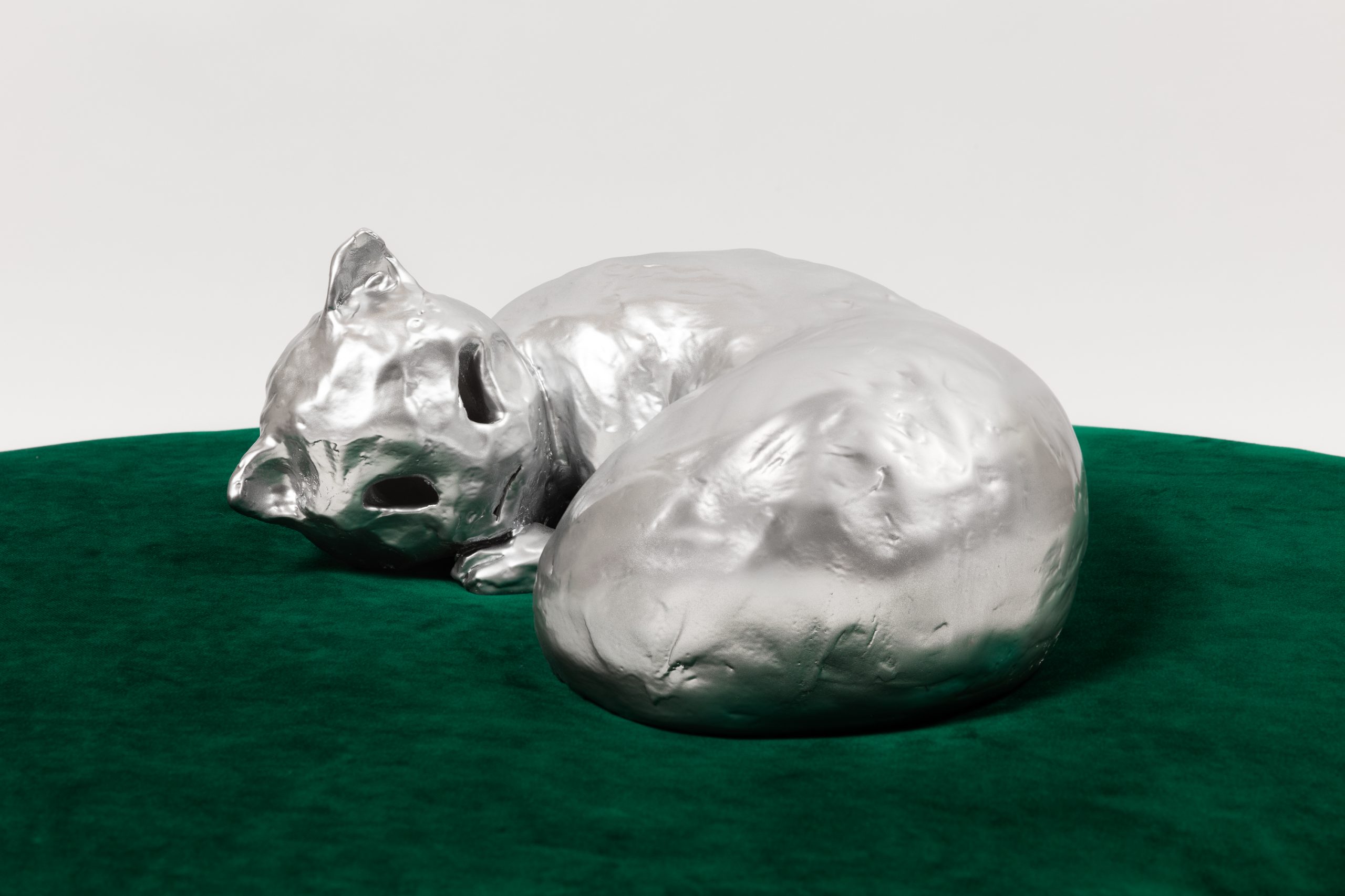 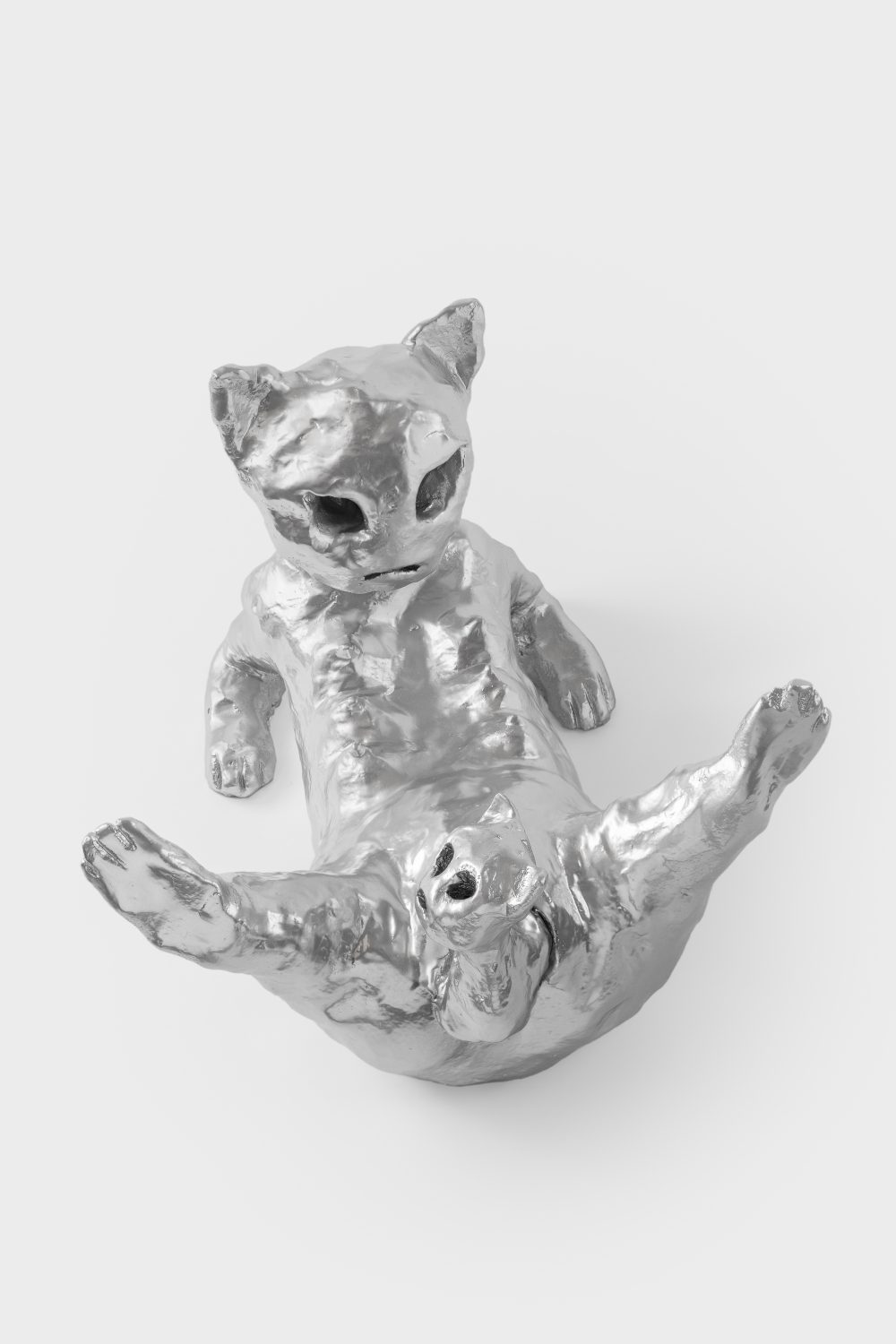 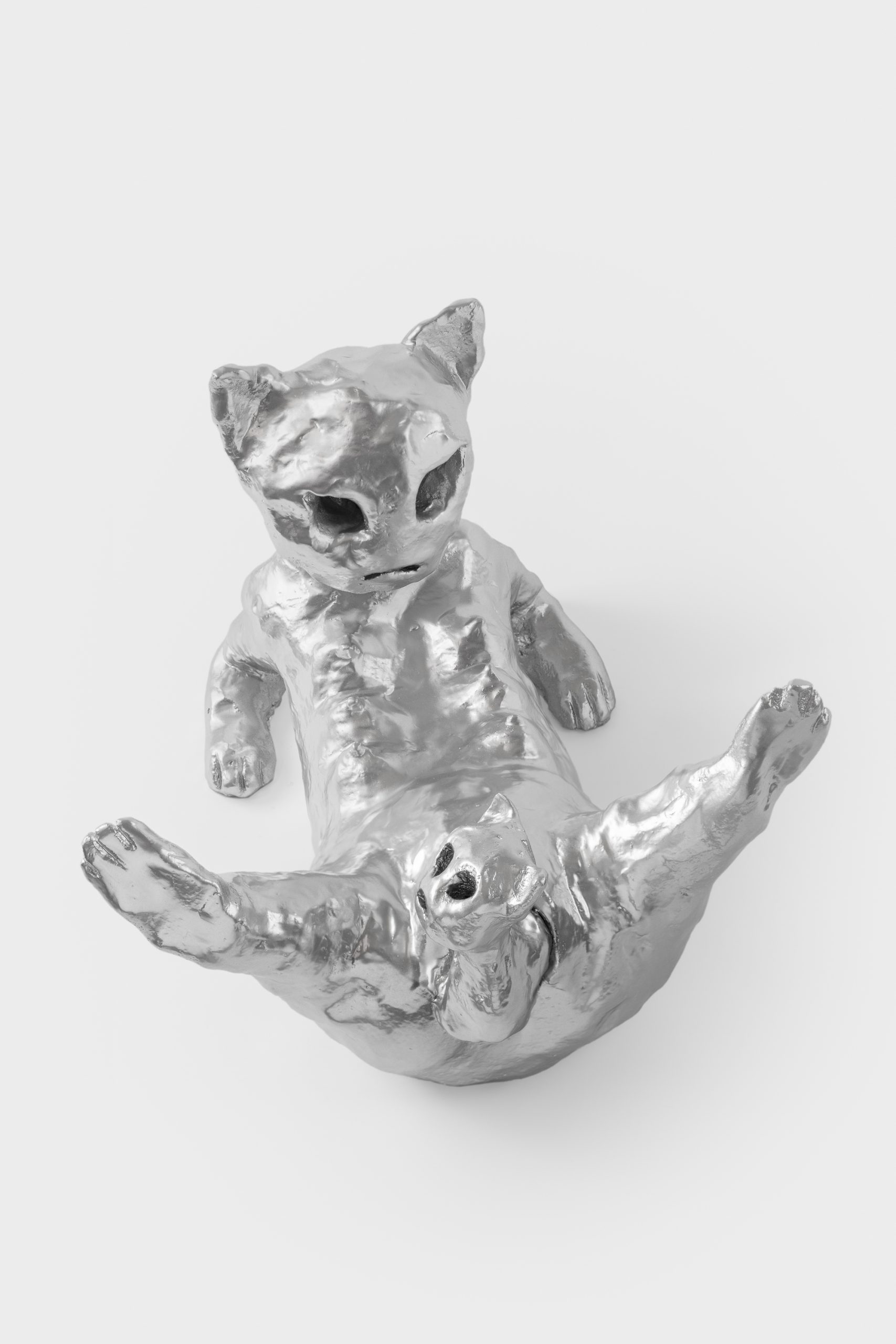 Femtensesse has been selected for a new interdisciplinary Competence Programme for internationalisation, financed by the Norwegian Ministry of Foreign Affairs and facilitated by the network Norwegian Arts Abroad (NAA)(13/12/2021)

Presented in collaboration with Faltpavillon